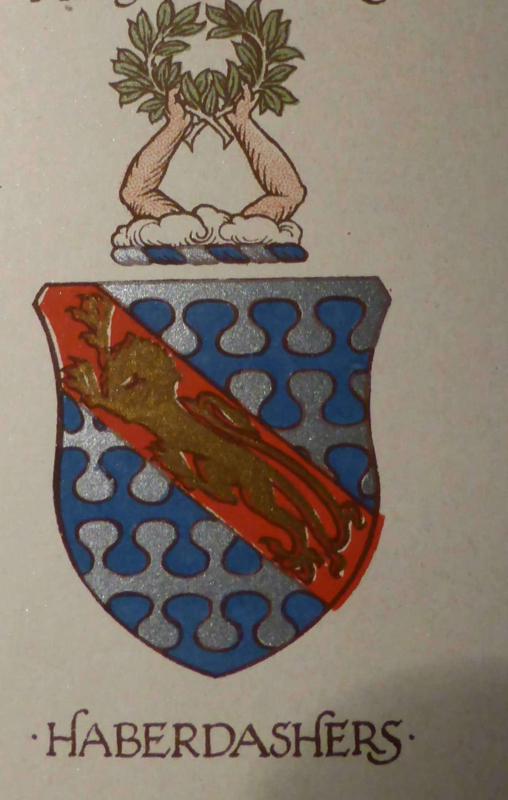 The Haberdasher’s Company founded in the C14th

For as long as man has worn clothes, they have adorned their garments with haberdashery. They have worn hats and caps, added ribbons and buckles, brooches and pins. The Haberdashers Company has its roots in the 14th century, when two distinct branches of the trade of haberdashery existed. One dedicated to St Catherine, the other St Nicholas. One branch of the trade was carried on by the Haberdashers of hats, these sub-divided into the Hurriers or cappers and the Hatter merchants. The other branch of the trade was composed of the haberdashers of small wares, they were known Millianers or Milliners because the bulk of their goods were imported from Milan in Italy. The fine leathers produced in Italy, for example, made beautiful gloves and purses that were coveted by wealthy Londoners and imported aboard ships sailing out of the Mediterranean.