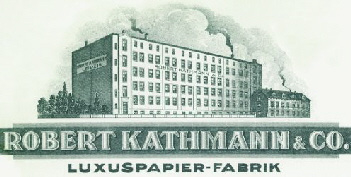 Robert Kathmann became owner in 1868 and did run the business until 1907. Then the company came into the hands of Erich Bleyl who was head of the firm at least until 1950. During the postcard boom years, RK & Co. were quite big in quality greetings, the typical chromolitho printed, embossed. Many for the US market. All these show the spread wings logo. All other cards I have found so far show the “Rokat” logo which came in use in post-WW1 years. Some appear to be printed by gravure process.The majority of cards found are of common type.