In 1896, the Clark Thread company, now with a large base in the USA, joined its interests with the British firm of J. & P. Coats, and this development, one year later, triggered off another merger of fourteen other companies. The latter led to the creation of the English Sewing Cotton Company, Ltd. Although not officially part of the English Sewing Cotton Company, Clark and J. & P. Coats had a strong financial interest in them. By 1952, J. & P. Coats and the Clark Company decided upon a complete merger, which was effectuated in 1954, under the name of Coats & Clark. Another merger in 1961 led to the creation of the firm of Coats Patons, which in 1986, after yet another merger, emerged again as Coats Viyella. In 2003 the firm was bought by Guinness Peat, which took it back to the market in 2015 as the Coats Group. The name of Coats & Clark is still being used for various types of thread. 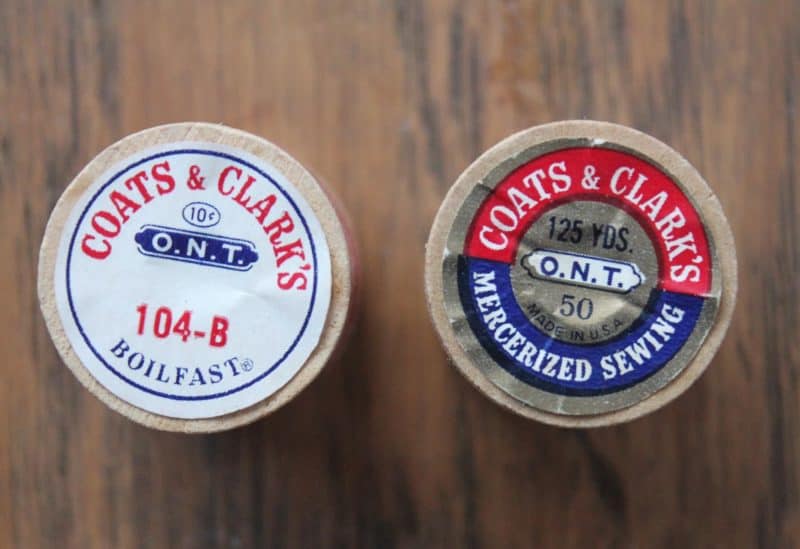 The two companies–Coats and Clark’s–became closely affiliated with each other in the 1930’s and in the 1950’s finally merged into one company. Still in business today, the company continues to manufacture high quality thread and maintains its headquarters in South Carolina.