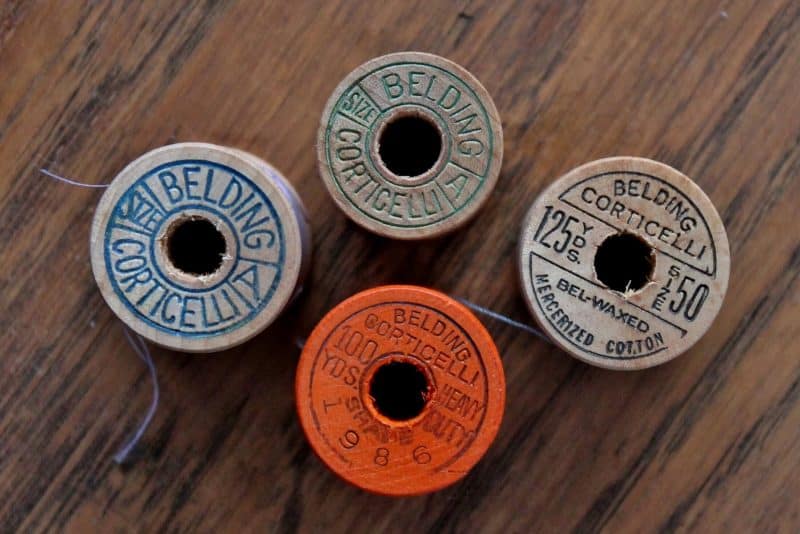 It surprised me to learn that Belding & Corticelli, a silk thread manufacturer, was American rather than Italian. Their story, in fact, begins in Belding, MI, where two Belding brothers opened a shop in their home and produced spools of silk thread that they then marketed door to door. As they grew, factories and sales shops opened around the country, out of  which traveling salesmen operated. In 1932, Belding Bros. & Company purchased Corticelli Silk Company (so named to compete with Italian companies), but the silk industry had died in America, due in large part to the Great Depression. The company closed it’s doors within the year.